Earthway’s best-selling over-the-shoulder broadcast seed spreader is made with weather resistant nylon that allows the bag to remain upright when filling yet collapses for easy storage. The gears are protected from the elements so your seed spreader for food plots can last for years. Accurate seeding is easy with the seed flow rate adjustment and on-off control switch. 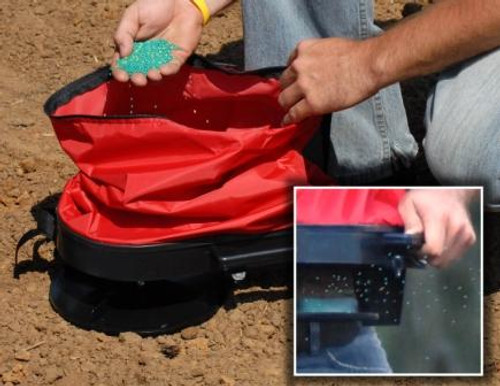