Looking for a spring/summer annual that will deliver high protein tonnage and handle heavy grazing?

Imperial Whitetail PowerPlant is a blend of specially selected annuals that’s specifically designed to provide deer with lots of protein during the spring and summer.  PowerPlant can withstand grazing better than other bean and pea plantings.  In fact, once PowerPlant establishes, it can even continue to grow as deer feed on it.  At the heart of PowerPlant are vining forage soybean and peas that don’t get stemmy like agricultural soybeans can.  PowerPlant also includes Sunn Hemp and small amounts of sunflowers to act as a lattice for the vining legumes to climb and maximize production instead of growing along the ground. 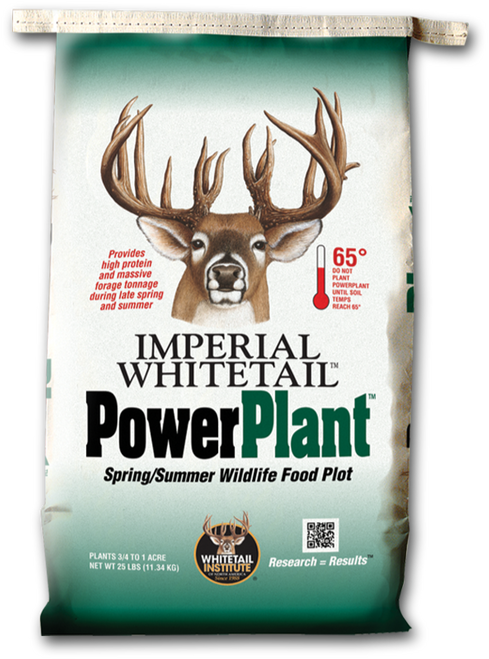